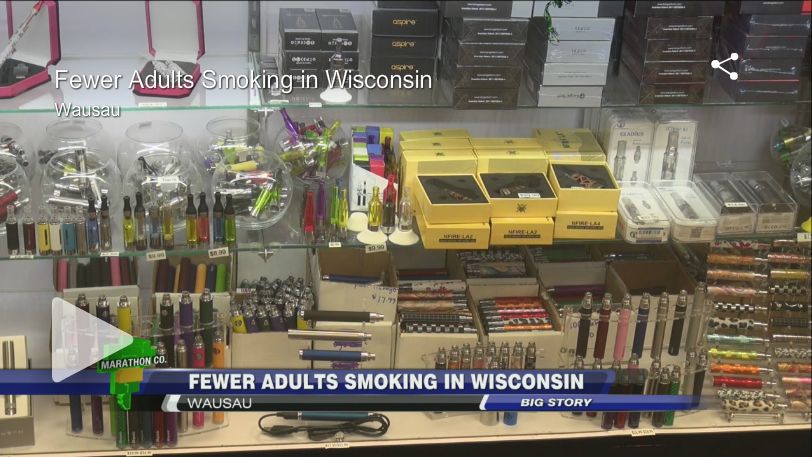 More adults in Wisconsin are kicking the smoking habit.

That’s according to a study from the Wisconsin Department of Health, which shows the state’s adult smoking rate at 18 percent. That’s 2 percent less than in 2012, and about on par with the national average.

Paul White is just one of those adults. He says he used tobacco for most of his life, and but broke the habit through vaping-inhaling and exhaling the vapor produced by an electronic cigarette or similar device. He started out with e-cigarettes, and now uses vaporizer pens.

“I was still craving the Nicotene,” White explained. “I was more concerned with my lungs, and the carcinogens that you get from combustible tobacco.”

Health experts say the current adult smoking rate is proof that prevention programs and efforts are making a difference, while tobacco stores say more people like White are switching to alternatives like vaping….

By kristinnollmarsh in News on December 17, 2014.
← Call to Action! Madison Wisconsin Vapor Ban Up in smoke: City drops pursuit of e-cigarette ban →