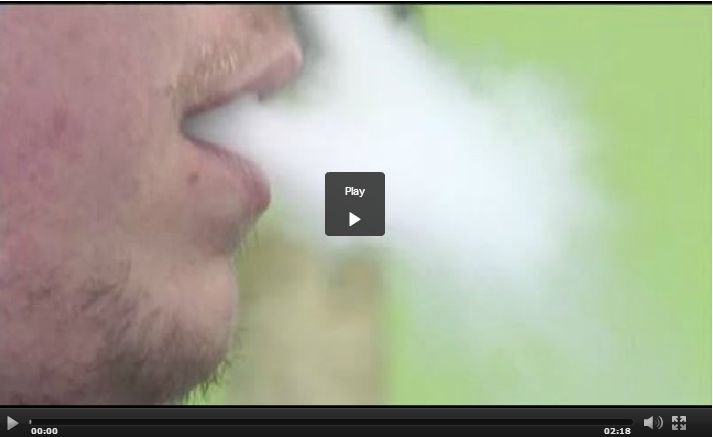 MADISON, Wis. –
E-cigarettes are not currently part of the Madison’s smoking ban but the city council is looking to change that. However, with little information to prove the potential effects of the vapors advocates say banning them would be premature.

“To ban them in public is silly because you are forcing people to go where smoking happens, which for a lot of people could cause a relapse,” e-cigarette user Steven Fischer said.

It’s been three months since Steven Fischer stopped smoking cigarettes, which was a 12-year battle he said he might have never won if it had not been for e-cigarettes

Madison city council is looking at including electronic cigarettes in the city’s smoking ban, which prohibits smoking in most indoor places as well as parks and beaches. But supporters of the products believe restricting them may do more harm than good.

“It’s definitely putting a stigma on the whole entire business. It’s going to make it look like what we are doing is wrong, when it’s not,” said Aiden Rueckl, who opened Mad-Vapor six months ago.

Rueckl said 75 percent of his customers are 40 years or older that are trying to stop smoking cigarettes. Rueckl is worried that restricting users would mean taking a step backward.

“These people are legitimately using these to stop smoking cigarettes. We never try to relay the information that this is healthy for you; it’s just a better alternative,” Rueckl said.

Rueckl has a strict no-minor policy but not all vape shops do. According to a Wisconsin youth tobacco survey, teens are using e- cigarettes 75 percent more than the national average.

“Let’s not introduce a new product that might normalize the active smoking and frankly no one really knows what’s in these e-cigarettes and so we encourage these local governments to start to pass laws that include e-cigarettes into their clean air policy,” said Sara Sahl from the American Cancer Society.

But for people like Fischer who rely on vaping, the proposed restrictions present an unwanted temptation….

By kristinnollmarsh in News on November 23, 2014.
← Madison Officials Vie To Ban E-Cigarettes In Public Places What Is An E-cigarette? →